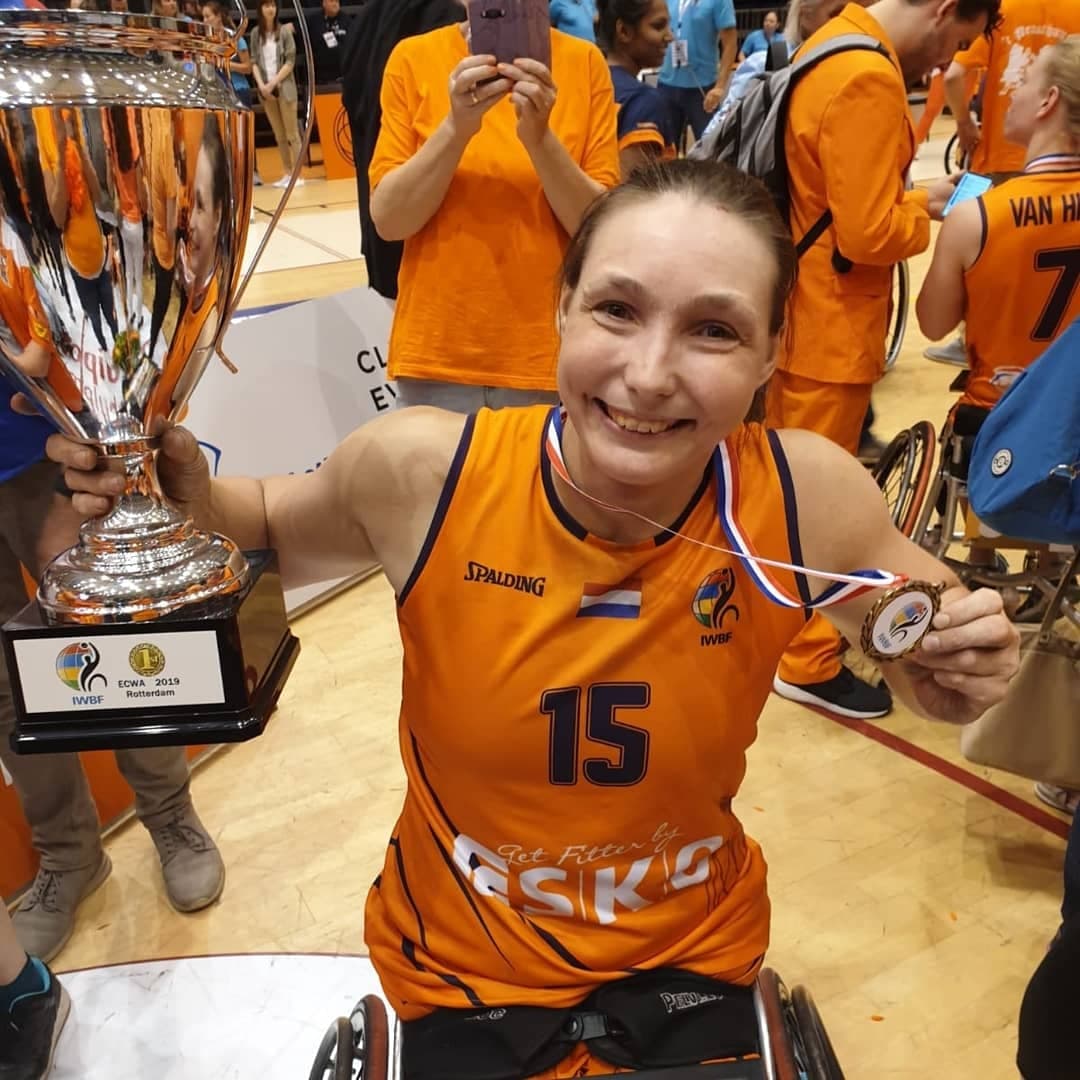 The moment I am writing this I am slowly being swayed by the boats movement across the Sea between Great Britain and the Netherlands. The 7 hours it takes to go from point A to B gives me quite some time to reflect on the European Champions, family and able to visit dear friends across Europe. So let’s start by the beginning shall we?

For the first time in history we won 3 gold medals in a row (EC 2017, WC 2018, EC 2019), with the short preparation time as a team (due to it being so early in the summer) we had to go full throttle to get the fine tuning going. The main preparation was (as usual) at Papendal, with the last weeks the in Rotterdam Topsportcentrum. That is definitely an upside of being the organising country, being able to practice in the gym where you will be playing at. There was quite a bit of pressure on the team, as defending European Champions and current World Champions outsiders where mostly saying “team NL are just gonna win the championship”, for myself I knew it wasn’t going to be easy. The top 3 of the world (NL, GB and GER) are all European countries and thus nothing is set in stone. Of course looking back to it we had a pretty good tournament, where we saved our best game for the final. That also shows In the fact that ALL girls played in the final. I truly believe that fact alone is showing our strength, we do it as an entire team, have each others back and help each other wherever we can… on AND off the court. Personally it was also nice that friends and family were able to watch the championships on court side, and to make it even better: the semi final and final both where aired live on ZIGGO! This is truly groundbreaking since it is the first time that this happened. Hopefully this makes for a great precedent for Tokyo2020.

The week after the championships I didn’t really had time to settle down, my mom had a surgery and as the main carer in the household that was going to be hard. Luckily the planning was quite good I was able to able to help my mom and dad in the house to help, and to make sure that mom had some time to recover from surgery. It was quite nice to have some quality time with them, although it is always better to have healthier circumstances. I was really happy that I was able to help them. Without them I would not be able to be were I am now.

Being away so much it was already a holiday to just be home. During the season I am in Germany most of the time, and in spring/summer it is national team time. So the first week of just being home I really took it easy, getting paperwork done, finishing some odd chores (even still a little unpacking from the regular season), reading or simply just enjoying the view from my appartment.

One evening I was home and a notification on Instagram popped up, that I was a finalist for the Women’s Sports Foundation Team award. With being the top of wheelchair basketball as Worlds and Euros MVP and tournament winner they choice me and Diede de Groot (wheelchair tennis) as the only Dutch (Paralympians) on the list. Some big names that are nominated ar Megan Rapinoe (US Soccer), A’ja Wilson (US Basketball) and Simona Biles (US Gymnastics, individual finalist). In the history of this award a non-USA have never won, we will know October 16 who have won! I am already extremely honoured to be on a list like that.  http://sportswomanoftheyear.com

Dancing the Night Away

My first big trip of this summer was going to Tomorrowland with Yarden, one of my closest friends I met at UWW. Before we went down to Belgium we spend a few heatwave days in Amsterdam (thankful to the cool hotel room and the shade of Museums and parks) enjoyed some great food there and got ready to dance for 3 days/nights. It this what I call… active relaxation, the vibe is just so amazing at the festival. You meet see many different kinds of people, and mostly just dance and have fun. It is quite intense of course and I am glad we stayed at a hotel so our sleep was good, were able to have quality breakfast and power up for another day of dancing. After 3 amazing days we went to Antwerp and strolled at the Antwerp Zoo for our last day in Belgium.

Family of mine moved to the Groningen province beginning of summer, and they gave me the opportunity to visit them and enjoy the area. I hopped on the train with my Shark bike (handbike) and biked around. It was great to get my first real conditioning in. After 3 days of biking I returned home to get checkups in the hospital (still have asthma (shocker) ), and more importantly: a nice spa day with Amy. It was a really nice day with all kinds of relaxation, pampering, tea and foods.

The next trip was to Malmö, Sweden, I met up with Christian, a friend that lives there that I met in the United States, one time a made a joke a la “well… I can just drive up there and bug you”, then I looked afterwards and it was “only” 8.5 hours drive. So we decided on a midweek and took it nice and slow with plenty of breaks to drive up and down. The drive itself was already beautiful and I enjoyed the scenery. The day that I arrived was also the day that I had my first real basketball practice, thanks to Malmö Fifs for letting me practice along! The coming days was filled whit catching up, seeing the city, tour around Malmö, a second ball practice, eating more delicious foods (do you see a trend here?), and just enjoying the weather and sceneries. On the final day I left Sweden early to do a pitstop in Copenhagen, since it was quite on route to back home I was able to see a little bit of the city and the Lille Havenfrau aka The Little Mermaid statue!

Before I left for Sweden, another friend texted me if I was interested to join in for a 5 on 5 tournament in Belgium, lucky him it was the day I was back between trips. So of course I said yes :-) It was a great day filled with good games to get back into the rhythm for sure. Plus it was awesome to meet up with people that I haven’t seen in a while. In the end we came in second.

The day after I was able to have a little sleep in and slowly make my way to Hoek van Holland to catch the boat to England. I never knew that “slow” travel could be so nice. It was 7.5 hour sail to Harwich, GB. During that time I was pretty much on the sundeck enjoying the views and the sun, or in the restaurant for lunch/dinner. They even had a movie theatre on the boat, where I watched Toy Story 4 (finally). With a 5 hour drive I arrived at my AirBnB in West England just after midnight in a few hours to have a Spa day with Hayleigh. Great way to relax even more for a week filled with sightseeing, activities and everything else. After the spa we meet up with Jack and went to the beach. So beaches in England are way different than I am used to, with arcades, stores, a small entertainment park and food places. Besides that there was still a beach to swim and the kind of beaches alternated from sandy to rocky. On the second day I was invited to be part of the Exeter Otters practice, it was great to ball out with so many players and part of the fun, even when the fun was starting off with conditioning…. This was also a practice I realised what an impact as a player I have on young (female) players, quite humbling to be honest. A major trip during this week was going to Harry Potter world, it was amazing to see how they made the movies, from special effects, costumes to sets.

The weekend we went to Essex, we played in a 3x3 tournament as Europeans Assemble! It was quite nice to play together with Jack again, meeting and playing with Jordan, and to play with Charlotte whom I played against so many times in NL - GB matchups. It was a great event with high quality basketball, we lost one pool game with 1 point, that would be our only loss of the day. In the end we won the championship! Besides the basketball there was music, food, and even massages. There wasn’t a dull moment and I hope to attend next year as well….

Then you might think… what’s up next? well… currently doing the laundry to pack the last bits for Hannover. Making sure I have training kits, normal clothes, a set of work clothes and everything else I might need. 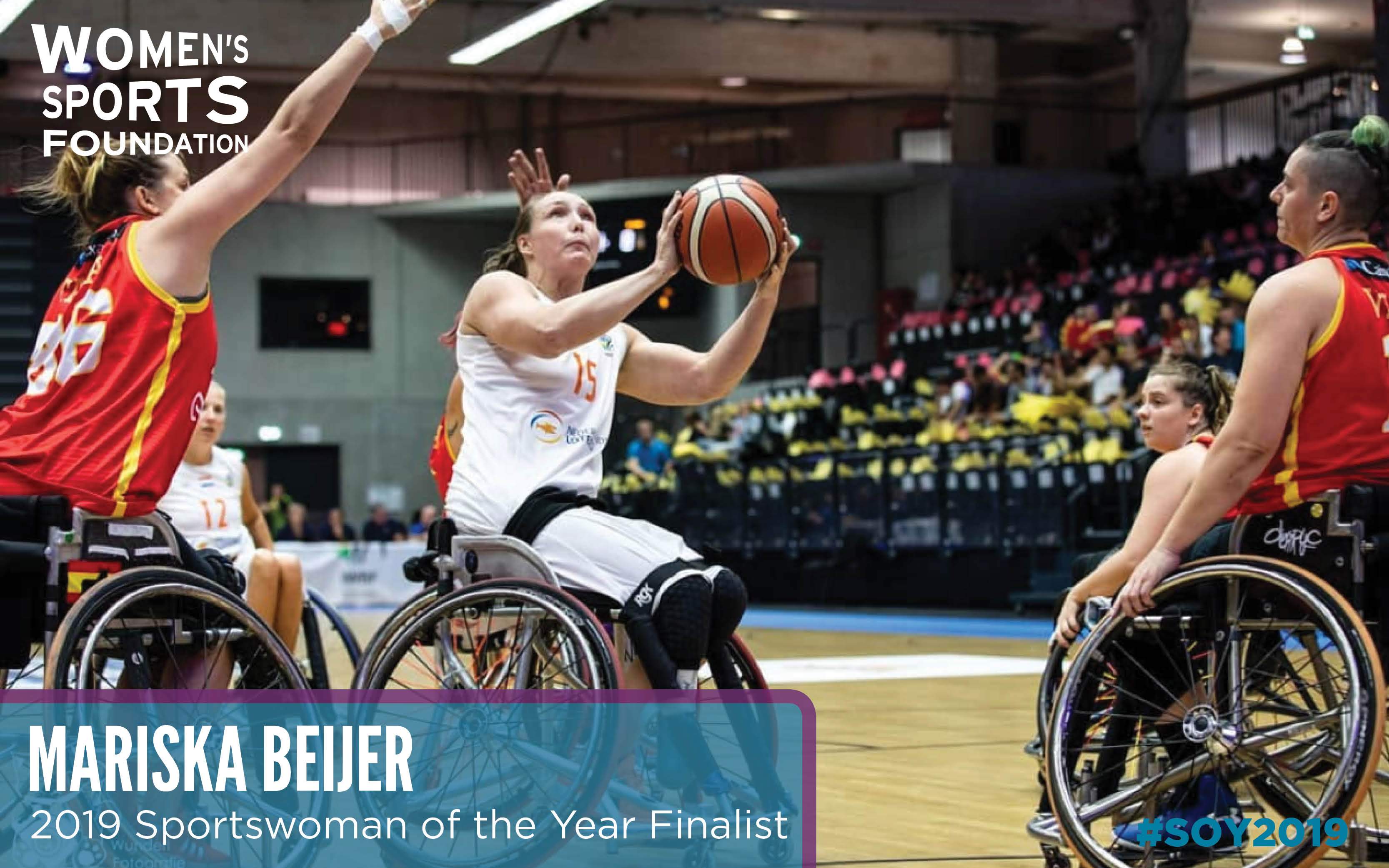 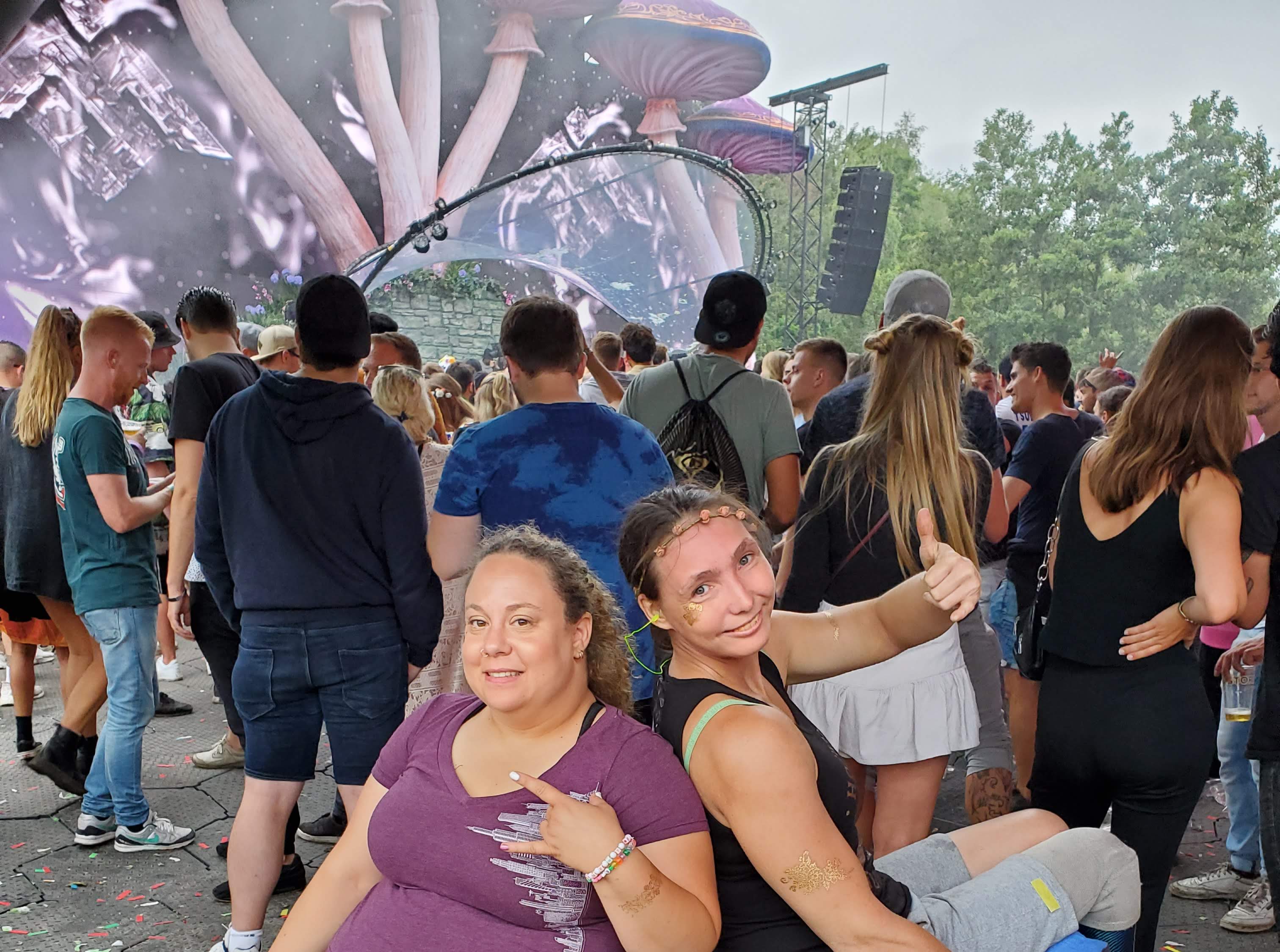 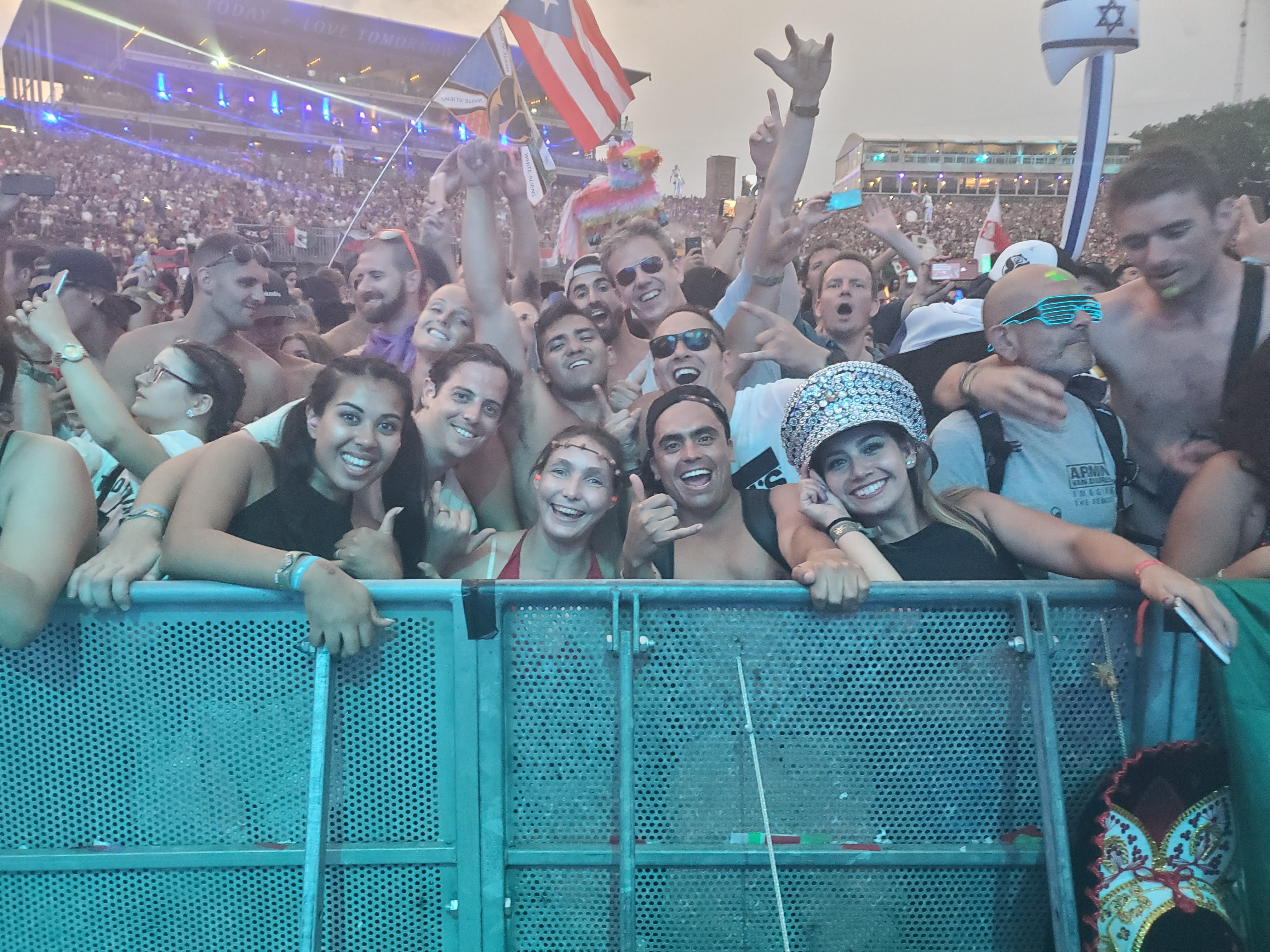 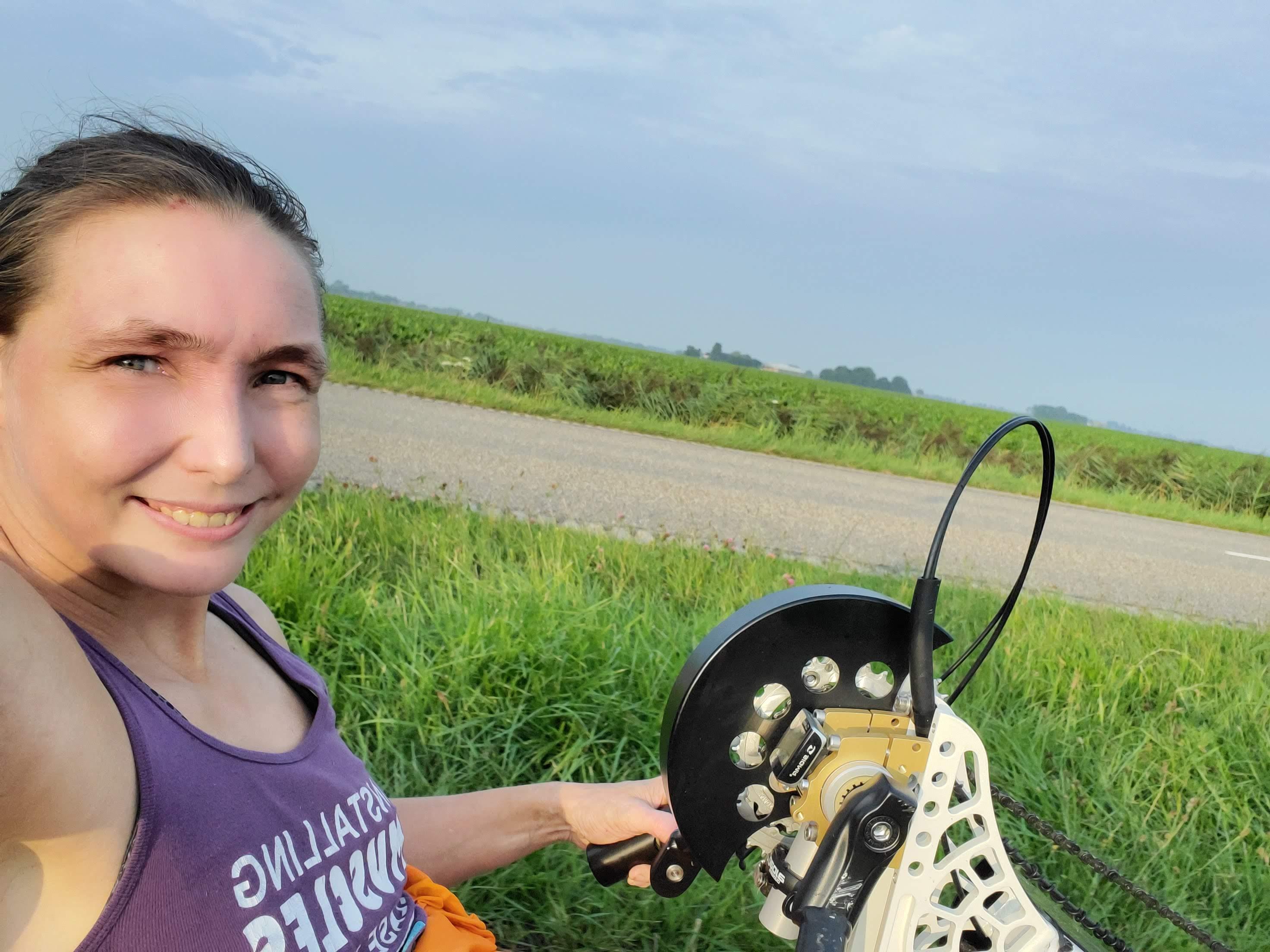 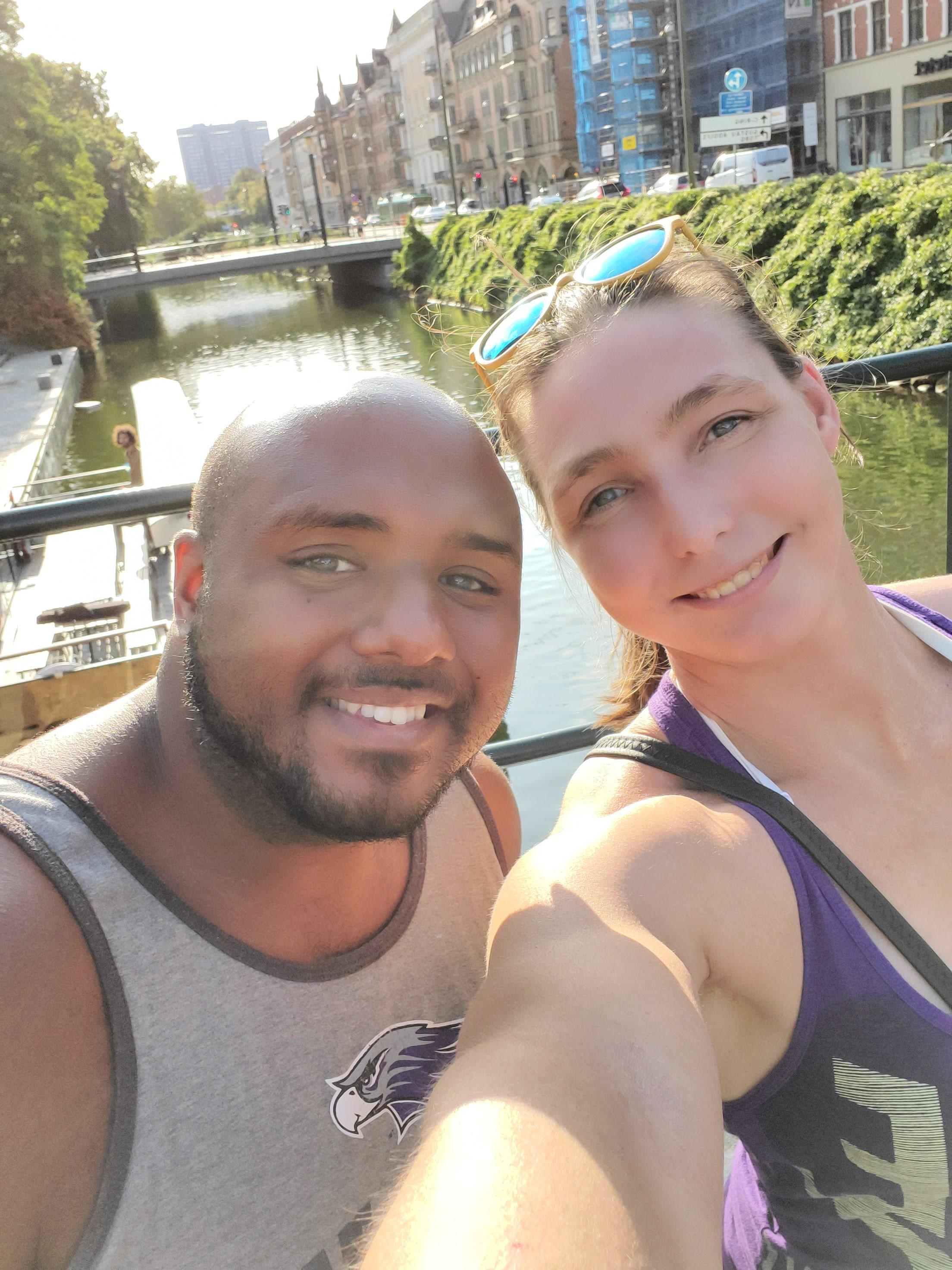 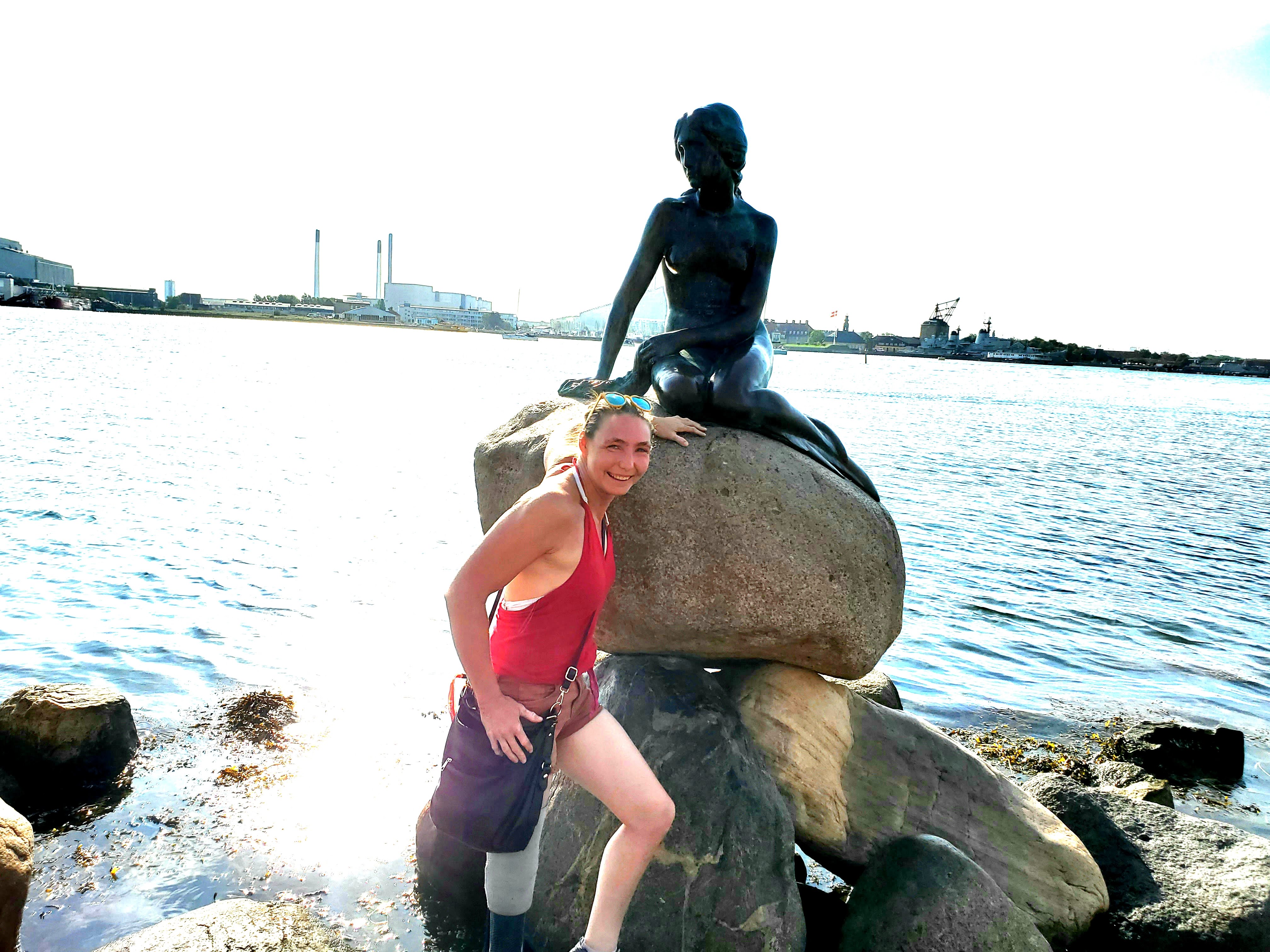 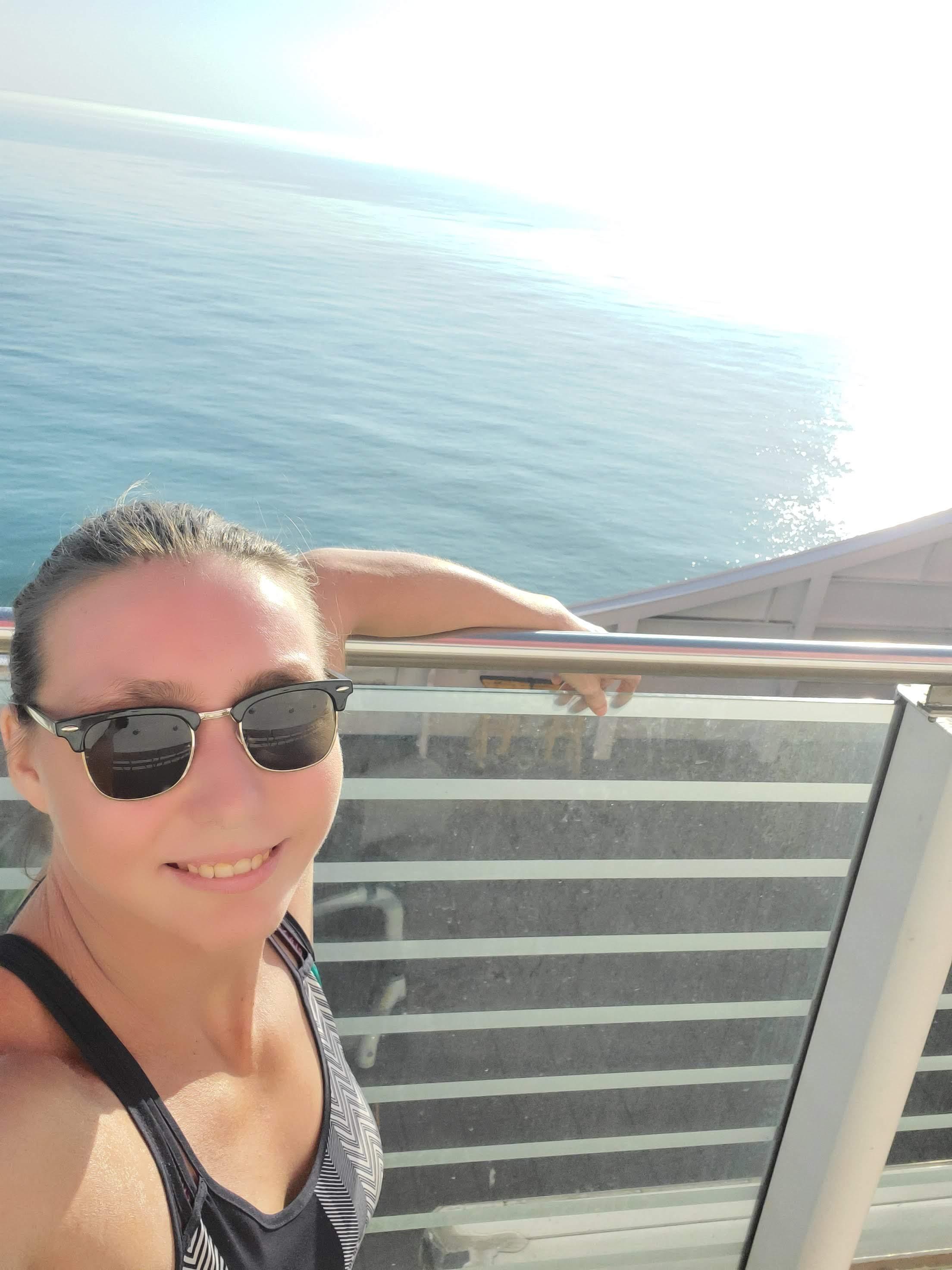 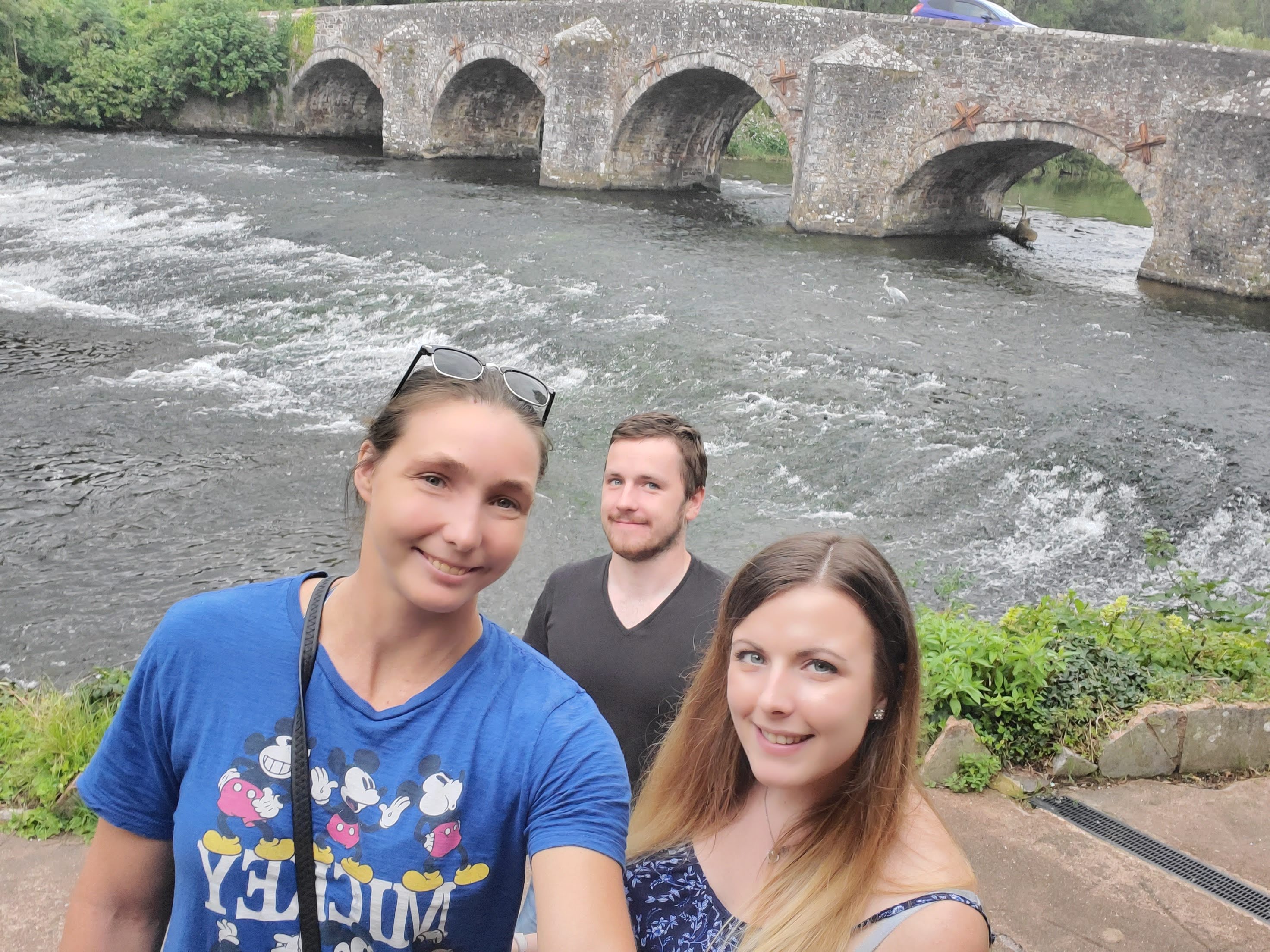 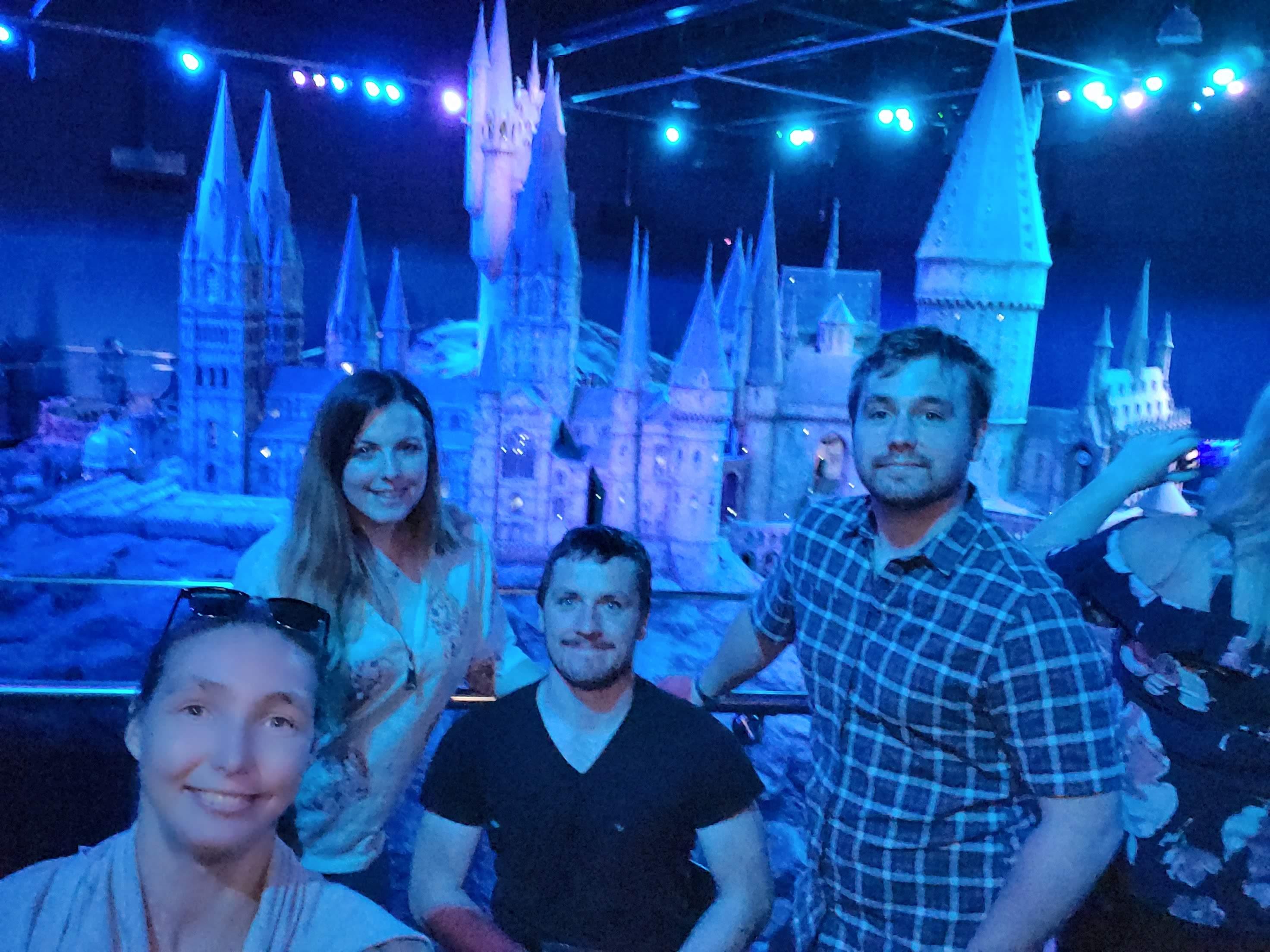 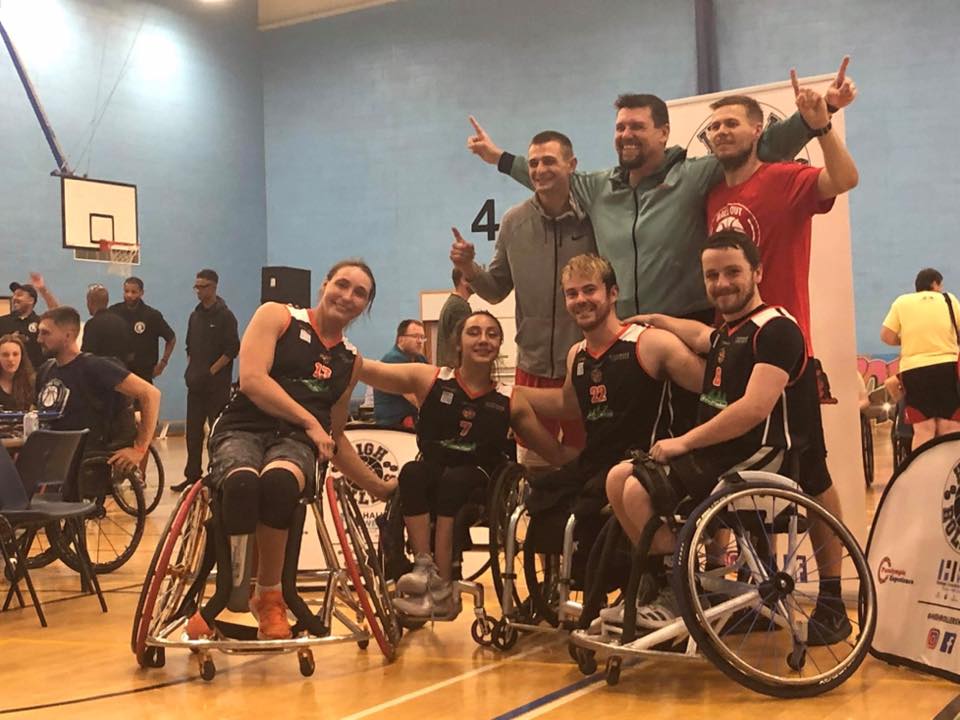